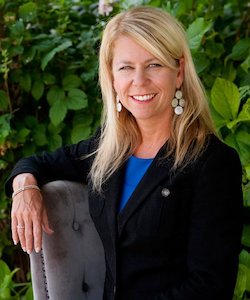 A founding partner of Daprile-Bell Family Law Offices, Cheri A. Bell has been practicing law in Silicon Valley since 1994. During this time, she has developed comprehensive expertise in the field of family law including divorce cases involving complex property division, litigation of child and spousal support, domestic violence restraining orders, and high conflict child custody matters.

Cheri began her career in family law with then Palo Alto-based Flicker & Kerin. Under the mentorship of revered family law attorney Michael Flicker, she began building her reputation as a strong advocate, a skilled negotiator, and a tough, but fair, adversary. In 1999, Cheri set out to fulfill her goal of creating her own practice by teaming with Natalie Daprile to form their current partnership. She is supported by paralegal, Fernanda Barbaccia, with whom she has worked for more than 15 years.

For more than 15 years, Cheri has regularly been appointed as Judge Pro Tem in Superior Court assisting with court-mandated settlement conferences. She is also frequently appointed by the Superior Court to represent minor children in complex litigated child custody matters.

When not working, Cheri enjoys spending time with her family. She is a committed and active community volunteer as a sustaining member of the Junior League of San Jose. She’s also an avid and competitive roller derby skater with the Santa Cruz Derby Girls. You may email her directly at cbell@daprile-bell.com.

J.D., University of the Pacific’s McGeorge School of Law, 1993