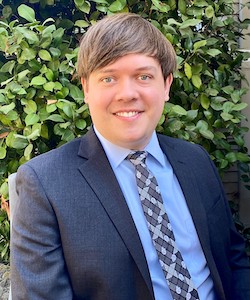 Mr. House was raised in San Jose, California after moving here from Durham, North Carolina by way of Chicago. He graduated from University of California Davis in 2014 with a Bachelor of Arts in Psychology, with emphases on social cognition and unconscious bias, and double minors in Philosophy and English. At UC Davis, he was the recipient of the Diana Lynn Bogart Prize for Fiction. In 2017, Mr. House graduated Summa Cum Laude from Santa Clara University School of Law, where he received his Juris Doctor degree and was the recipient of the CALI Excellence for the Future Award for being the top of his classes in Family Law, Criminal Procedure, Legal Profession, Constitutional Law II, and Remedies, the Witkin Award for Academic Excellence for being the top of his classes in Wills and Trusts, Mediation, Evidence, Appellate Advocacy, and Business Organizations, and the Best Brief Award in Appellate Advocacy.

During law school, Mr. House was the President of the student-run Santa Clara University Family Law Society, and worked as a judicial intern at the Santa Clara County Superior Court in the family law and felonies divisions. Mr. House also competed in the Honors Moot Court Internal and Galloway Criminal Moot Court Competitions while in law school, progressing to the quarter-final round in both.

In his free time, Mr. House enjoys writing and recording original music, trying new and exciting foods, and spending time with his partner and his cat.